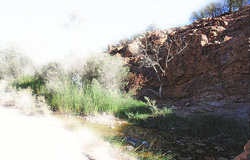 A thriller set north of Arkaroola, South Australia. A woman on a mission to find her missing colleague, a harsh desert landscape, and an ancient spirit. All is not what it seems.

Bo's comments:
This is a REAL short story  for me! True to my style, it has two lengths: 3000 and 3500 words. Partly inspired by one scene in a Dr Who episode:  "Planet of Evil." Forwarding this one to magazine competitions. 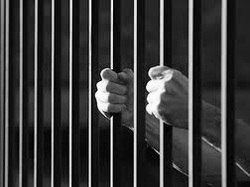 THE TOY MAN FROM COMPANY B   (working title) - in progress

A convict, a sick boy, and a toy train - a story of redemption

Bo's comments:
I've completed the outline, but this is on hold until The Isthmus is finished. Not long (she says...) 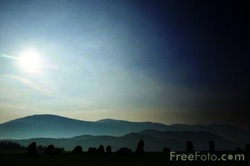 
Bo's comments:
This is what happens when you watch a fabulous history program on TV: IDEAS!! Sketched a rough outline, another that this also has to wait until The Isthmus is finished. With thanks to FreeFoto.com for the use of the photo - I'm hoping one day to travel there and take photos of my own (...sigh...)

A totally tongue-in-cheek caper story set on the craggy Cornwall coast. Join Captain Tallack and his hopeless crew as they...GO TO CHURCH??? Well, it's Thankgiving, innit?
(pic to come)


Bo's comments:
This was heaps of fun to write. As usual, I have a slightly longer (3000 word) version as well as the "cinched-belt" (gasp, wheeze) 2000 word version. Think: Bob Hoskins (or David Suchet) as Captain Tallack.