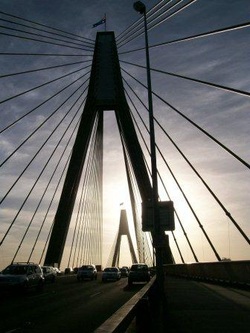 Anti-corruption campaigner Detective Senior Sergeant Max Murdoch is facing the imminent death of his wife from cancer, ongoing guilt from a botched raid back in the eighties, and two unsolved murders. Now he is confronted with a new threat: The Martyrs of Allah, a group who have threatened to destroy infrastructure – and lives – in Sydney's CBD unless the Federal Government accedes to their demands.

Murdoch is unaware that The Martyrs are not religious extremists, but the surviving members of The Bulwara Five, a group he helped incarcerate seven years earlier on the evidence of the man who is now Prime Minister of Australia and who stands to gain politically from the anti-terror campaign.

Can Murdoch overcome his remorse over a botched past raid and his reluctance to relinquish control to his team in time to prevent an assassination? And how is it all connected to the re-emergence of his old enemy: EAGLE?

Bo's comment:
Finished! I'm preparing the book proposal to market this novel to agents and publishers. 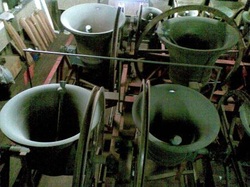 The second book in The Max  Murdoch Series.

Bushfires, greenies, a series of unrelated murders (or are they?)...and that's just the start. EAGLE are back, and Max calls on the help an unlikely ally to hunt them down.
....and then there's the bells... 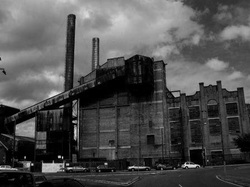 The third book in The Max Murdoch Series

The showdown between Max and EAGLE and their elite assassin: Black Kite.

Bo's comment:
Outlined in full and ready to start (after I've worked on Hell's Bells. I need stretchable writing time!)